That’s it for adding th 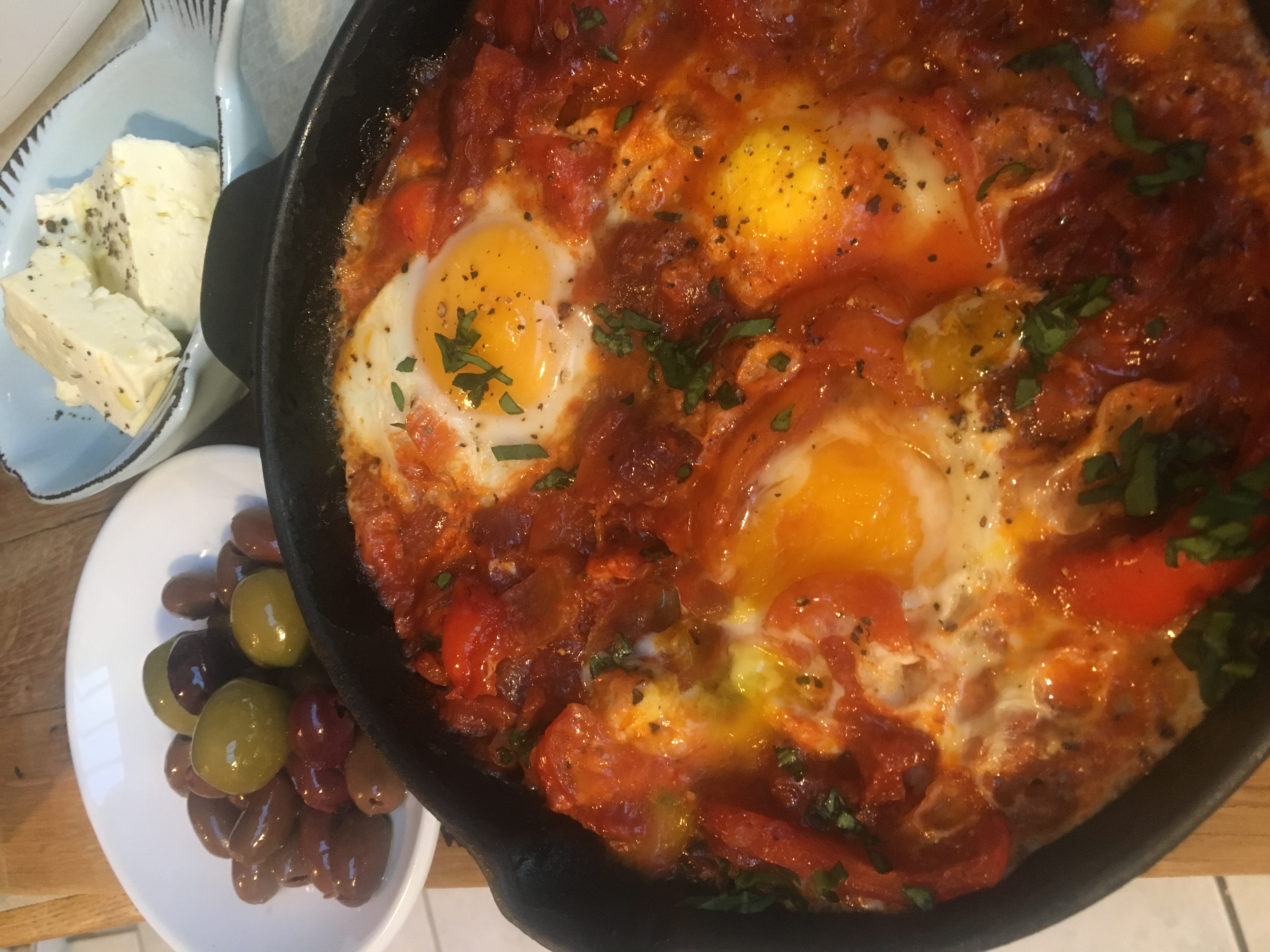 I’m thinking about sun dried tomatoes, possibly because we accidentally ordered 15 kgs of them, the ones packed in oil. We normally order them by the 5kg bucket, one lasting us about a month. This possibly happened because the person doing the ordering was distracted by thoughts about his son’s imminent circumcision.

Sun dried tomatoes are greatly underexploited as a concentrated source of rich flavour. I first came across them about 20 years ago, long before they became a thing, whilst cruising around the Italian coast, wrinkly and leathery, they did not look all that appealing, however we were intrigued and decided to give them ago. With no google to research what to do, we just chewed them, not ideal, they really do need to be resurrected in water first, just soak them in boiling water for 30 minutes or so.

That makes me think of our trip around Guadeloupe when we came across a person smoking coconuts, (over a fire not like a joint) having no common language, when she gestured towards them, we thought how kind. It was only later that we discovered the smoking was not to produce a local delicacy, but to facilitate the removal of the shells as the first stage in the local soap making industry and that’s what they tasted like. 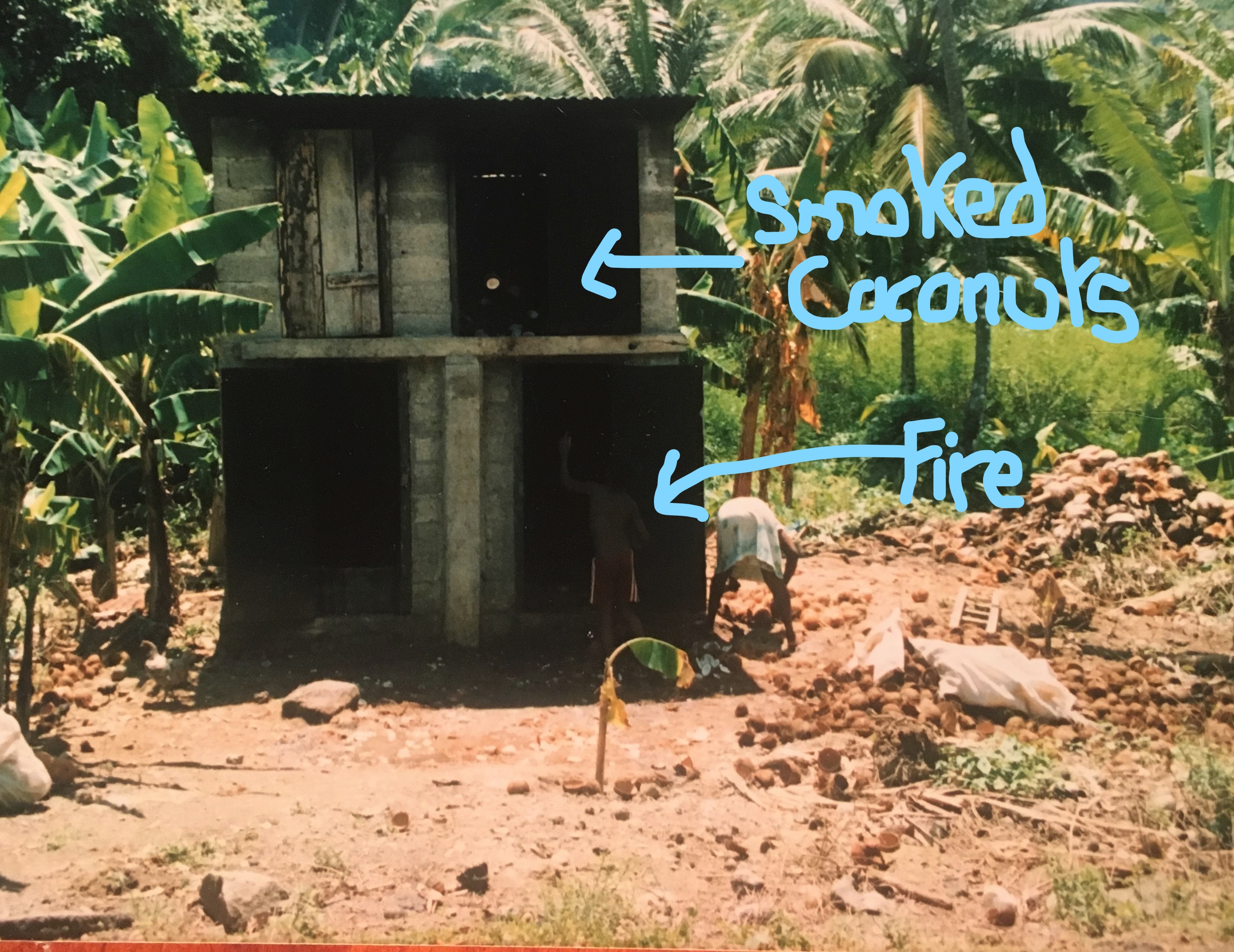 “Sun-dried” tomatoes are mostly oven-dried these days, I don’t think it effects the flavour just sounds less romantic. The ones marinated in oil are the easiest to use, chopped up they are great added to salads, on pizza, in quiches, don’t chuck the oil, it has bags of flavour and can be used to drizzle over salads (mix in a little balsamic vinegar). Add them to potato salad, toss into pasta along with chopped olives, feta and some fresh basil, these things were meant to go together. The dried ones are great chopped up with scissors and added into anything with a tomato sauce, they will add a depth and body.

For me cooking is all about layering, many dishes require onions to be browned as a first stage, this gives a slightly sweet caramel layer, the onions should reach a beautiful golden colour before any other ingredients are added, it is a step not to be rushed. Other ingredients can then be added keeping balance between the different sensations of taste and texture. More about that another day.

When sailing around the Mediterranean, one of my “go to” dishes was chakchuka, quick, easy and open to endless modifications according to what is available. At its simplest it is a dish of eggs poached in a tasty mix of peppers and onion, garlic. Making it this weekend brought me right back to Tunisia, it is a dish typical of North Africa.

I chopped up a red onion, they are just so pretty, but use whatever you have, and sautéed it in some olive oil, don’t be stingy with the oil now that we know it’s the carbs that are the villains, a good couple of glugs, banters can go mad with it, added in a crushed garlic clove when the onion had browned. Red peppers are great in this dish, so I roughly chopped a couple and, when they were soft, I threw in a tin of tomatoes, if they are whole it’s worth giving them a quick whiz with the hand blender or roughly chopping otherwise there will be chunks that do not cook down, a few roughly chopped dried tomatoes (not essential but add a nice depth) and in goes a good teaspoon of ground cumin, a pinch of chili and some fresh ground black pepper.

I cooked it for about 15-20 mins at a gentle simmer, gives you time to meditate, feed the cat, and/or open the wine, then taste for seasoning. Should it get a little dry just add a splash of water (or wine) If it tastes a little on the acidic side from the tomatoes add a pinch or two of sugar (xylitol for banters), don’t make it sweet, just take the edge off the acidity. When I was happy with the sauce and it was nicely thickened, I formed a few mini craters in it with the wooden spoon and broke an egg into each one, I used three as it’s just me and just let it gently simmer until the eggs are nicely poached, I like to sprinkle over a pinch of salt flakes, finely chopped parsley (or basil) and a grind or two of black pepper and it’s good to go.

I have made it with so many variations: added feta, olives, brinjal (in with the peppers), red chillies, you can use your imagination, I’ve even made it without the tomatoes, just the softened veggies.  I love it served with crusty bread, but it would be delicious over pasta, rice or cous cous, baby marrow noodles for the carb watchers. It can be breakfast, lunch, dinner or anywhere in-between. The sauce can be made up ahead and just brought to the simmer when needed. 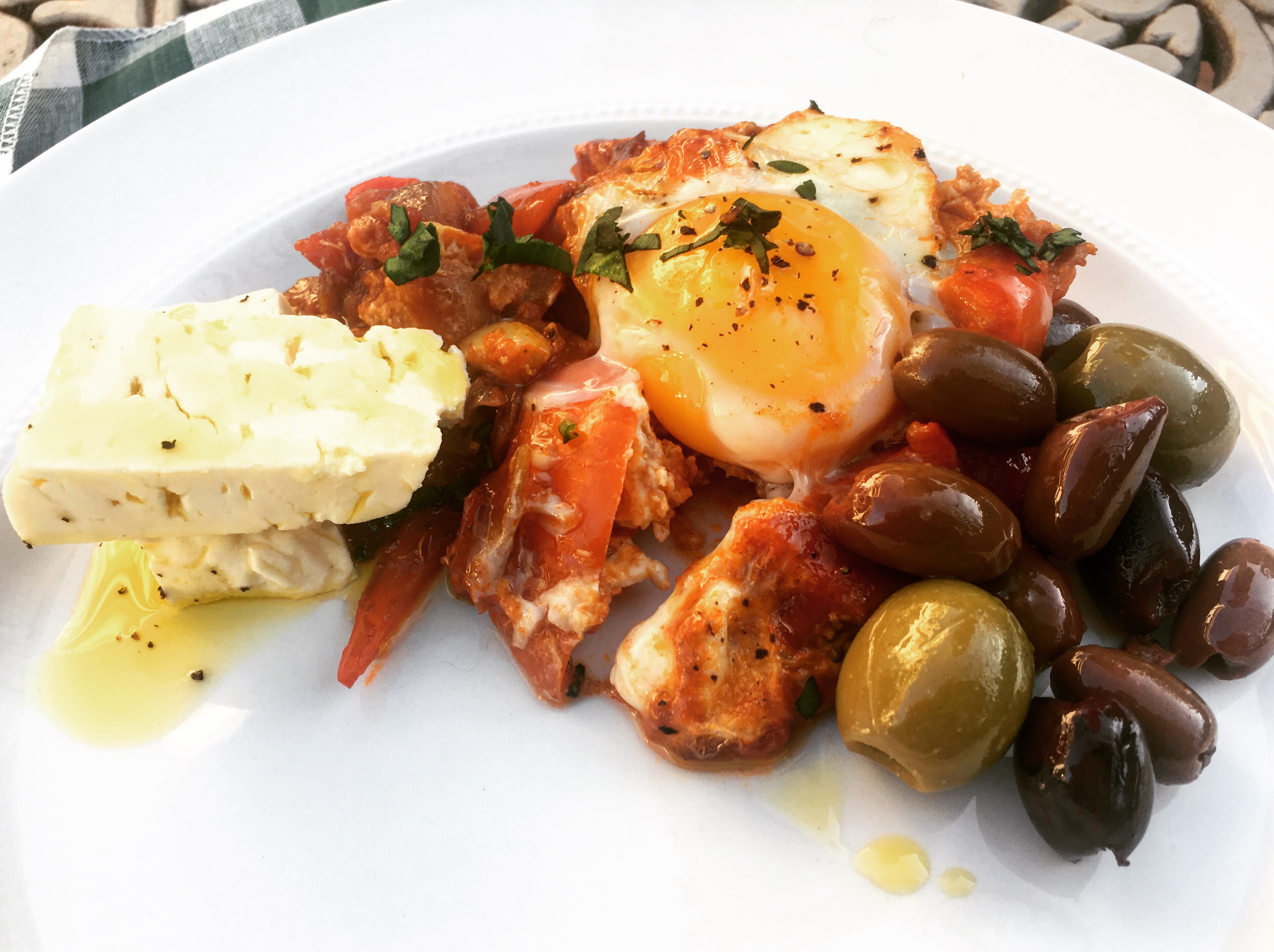 Salt flakes are essential in the kitchen, I know they can be a little expensive but nothing else adds the salty crunch without being too hard.

Anyway, you will be pleased to hear the circumcision went well and we are getting creative with sun dried tomatoes.

Otherwise it has been challenging at the shop this week as the cables from our substation were stolen on Wednesday and again on Saturday. We have two small generators to power the freezers but cannot run the ovens, so it is very costly as, in addition to lost production it damages equipment, particularly the fridges and freezers, they do not cope well with voltage changes. I spent the whole time driving up and down to my house (which had power but no water!) trying to bake what I could, first time Fitbit has recorded 10,000 steps without an actual run or walk! Unfortunately, the cheesecakes suffered a kind of seismic event thanks to the newly installed speed humps along 4th Avenue. 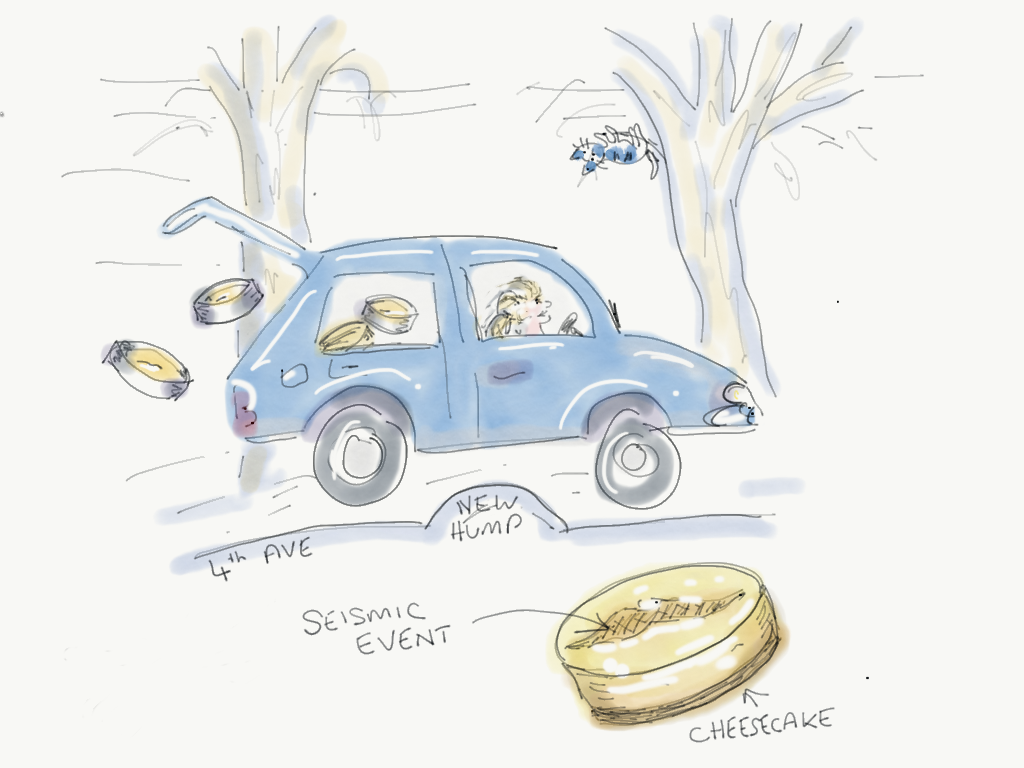 Last year we were served a notice not to run our generator following a complaint by someone who felt it interfered with her right to enjoy a glass of wine on her veranda. I guess we all have our priorities.